The OFweek 3D Printing Network has just reported on the news that Auburn University and NASA will work together to explore and advance additive manufacturing in space. Recently, NASA officials revealed that in order to better develop other planets and asteroids, the Kennedy Space Center is conducting a new study, the purpose of which is to send robots to places that cannot be reached by probe vehicles such as "roamers". . These robots, known as "Extreme Access Flyers," are aircraft similar to drones, but rely mainly on cold air jets rather than propellers in the atmosphere of other planets (some may have no atmosphere) In flight.

It is understood that NASA is currently using 3D printing to quickly design prototypes of these drones, while also testing whether they can fly autonomously or require humans to control them from a distance.

â€œThis is an exploration robot,â€ said Rob Mueller, senior technician at Swamp Works at NASA's Center for Space Technology and Innovation in Florida. â€œThe first step in taking advantage of Mars or asteroid resources is to find resources. These can fly. The exploration robot can enter some places that were difficult to reach before. For example, some crater wall angles are above 30 degrees. For traditional probe cars, it is too steep to climb up." 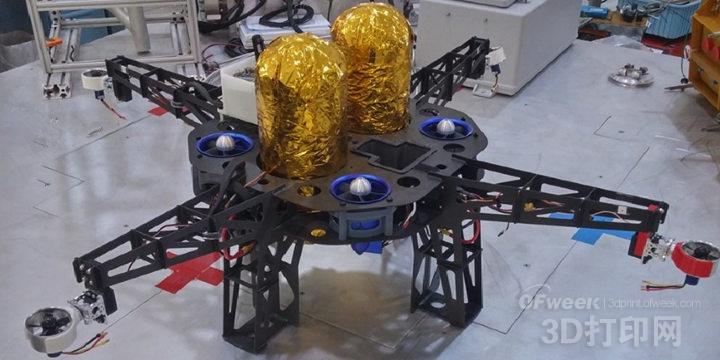 From the published pictures, the prototypes of these space drones consist of several 3D printed parts and most of the off-the-shelf parts, about 5 feet wide. If the plan goes well, humans may send them to some mysterious areas of Mars, such as near volcanoes, or on asteroids with very rugged surfaces. Mueller explains why research on Martian volcanoes is so important:

â€œYou can place the entire habitat in the lava tube of the volcano, thus protecting the astronauts from radiation, extreme temperatures, weather and micrometeorites.â€

Although there is no clear timeline for when such an unmanned opportunity is used on Mars or asteroids, and whether the final version is manufactured using 3D printing is uncertain. But it fully shows how much 3D printing plays a role in NASA's internal research.

At the same time, NASA said they hope to use a lot of similar drones in the next major mission for large celestial bodies.

"They will have enough propellant to fly on Mars or the moon for a few minutes, or fly on an asteroid for a few hours," said Mike DuPuis, a joint researcher at the Extreme Access Flyer project.

Next: Selection guide for metering pumps